Underneath one of the willow trees, one Winter... 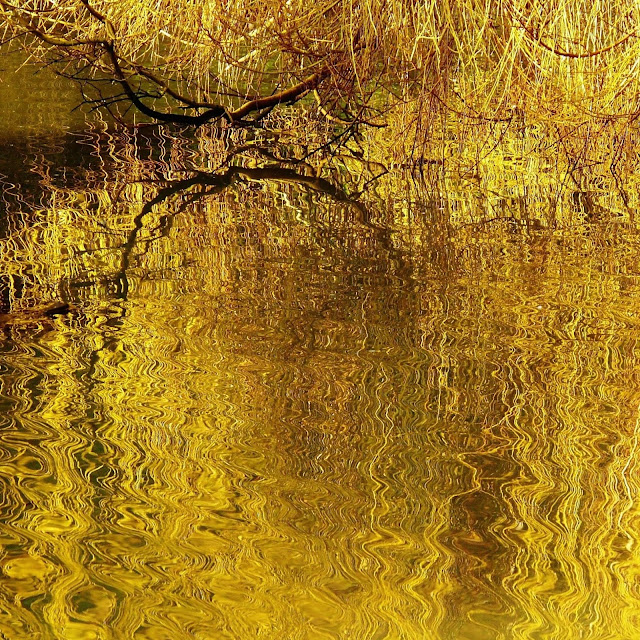 
Jews are the jewels
in the crown (of creation
playing the princess).

An Empty Glass, Full of Light 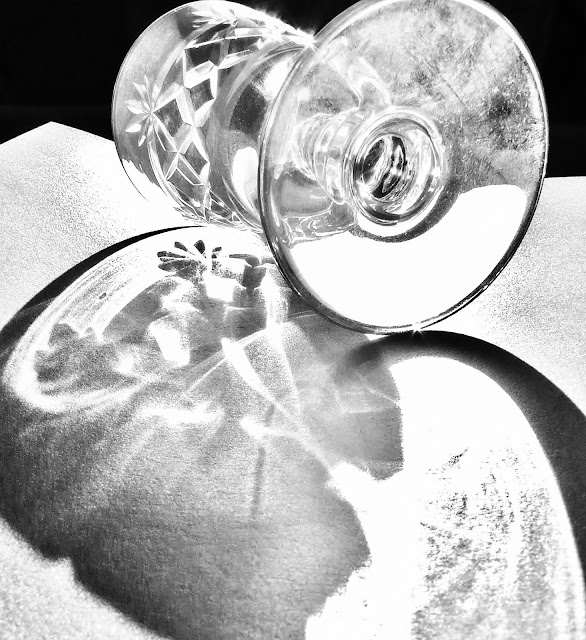 The Future on Friday


Inside China, there are few critics of China's lukewarm approach to climate change. And that lukewarm approach has been used to criticize the recent climate strikers here in the UK. On the radio the other day someone was saying: "Why should we go out of our way to do even more here, when the UK produces only 1% of the world's CO2, while China produces 30%? What would be the point, when any good we achieved would be swallowed up by all that China is doing?" If we agreed with that reasoning, then China's apathy would have spread over here.

Whereas, we need to get those achievements. We need to encourage everyone to do more. And in fact, every little helps. There is a huge amount of CO2 already out there, and we are wondering about adding a little bit more. That little bit extra would make the most extreme weather a bit more extreme, a bit more common. Consequently it is likely to be the cause of a very bad event. Surely we should try to avoid that very bad event. So it really is worth not adding that little bit of CO2, even at some cost. It is not unlike the straw that breaks the camel's back.

It is also not unlike jogging. When you first try to jog it is new, but then it becomes a wearisome chore. Still, if you make that bit of effort each day, then it becomes a healthy habit. And we need our defenses against climate change to become natural parts of our lives; not unlike our defenses against plagues. The latter only developed after some devastating plagues. Furthermore, if we do not defend against climate change, we will want to scapegoat China. Competitive populism might lead to war. Ironically, a nuclear Winter would reverse global warming.
Posted by Martin Cooke at 9/27/2019 No comments:


Rain finally, and 15 ducklings on the village duck-pond:


The Labour Party votes to redistribute the property of private schools to other schools: that sounds like a serious proposal to reduce inequality. It might not make it into the manifesto, for the next election, but Labour might end the charitable tax status of such "public" schools, if elected. Lots of people agree with that. It used to seem odd, to me, that Eton and Harrow were charities for tax purposes. But then I thought about it. The wealthiest parents pay a lot of tax towards such things as general education and the NHS, and use none of that, because they also pay for private education and health care. And the less wealthy scrimp and save, while also paying their share of tax for other people's education. And then there are the scholarships. And what happens if these schools lose their charitable tax status? It hardly affects the wealthiest. The less wealthy will suffer. Or the schools could make up the difference by ending the scholarships. Still, it is odd.

But in a state of nature, parents educate their own children. The children of the Baker family grow up in a bakery, naturally learning all about baking; and similarly for everyone else. The children of the rich get private tutors. Each extended family develops its own subculture. Families feud. Labour calls Eton and Harrow "feudal" but the idea of educating the children of the rich together, under the control of the national church, with its monastic ethos, is a way of reducing the kind of feuding that plagues many countries to this day. That is presumably why the posh private schools are called "public" schools. So, what would happen if the property of private schools was redistributed to other schools? Would the wealthy owners of those schools be compensated by the tax-payer? Would a lot more money go on bringing the quality of the state schools up to the level of that of the best of those private schools? Would wealth inequality be reduced across the country as well? (Reducing wealth unfairness would be better, though, because some people just need more assistance.) If not, then what would be the point of redistributing the "feudal"-looking "public" school stuff?

The comprehensive education that everyone would be getting would not be better, with all that extra property. It would have to be homogeneous across the whole country, and so it would be unable to learn from how things were being done elsewhere. And all that property is a drop in the ocean of the wealth of the country, even nowadays. It is like this: to outlaw private schooling, you would have to stop people buying non-fiction books; you could only get them from public libraries. Otherwise the children of the rich would grow up surrounded by their own private library. And you would have to stop people paying babysitters, in case the most expensive ones taught their charges, while they watched over them. You would also have to stop people sending their children abroad to get educated, because otherwise there would still be the unequal education of children. And since you cannot control what happens abroad, you would have to stop children from going abroad at all. And so on and so forth.

So this is not a serious proposal, not in the absence of a comprehensive restructuring of society, which the Labour Party is not about to propose; and maybe not even in its presence. The public needs to be on board for anything drastic. So, these current proposals are clearly just electioneering. The conference is bit less realistic than the leadership, that is all. And the same goes for anything else, along the same lines, that the Labour Party conference might think of. Suppose, for another example of the same kind of thing, you also want to do something about private health care. You could stop people buying medicines; all medicines have to be obtained from the NHS. But then you can spend your money on sweets and booze but not medicine. People have sick relatives, or they get sick themselves; and the poor are more likely to fall ill. How absurd that they can buy sweets and booze, but not medicines! What happens to the value of money, in such a situation? And what happens to the NHS? If you worked there, it would not look good on your CV. So, the quality of the workers there would go down. And it would all cost a lot more because your money would be worth less. And so on and so forth.
Posted by Martin Cooke at 9/23/2019 No comments:

How to Turn Matter into Antimatter

2) Turn that electricity into light of a particular frequency.

3) Those photons decay into particle/antiparticle pairs.
Posted by Martin Cooke at 9/14/2019 No comments:

In the 2016 Brexit referendum, only 38% of the electorate voted to leave the EU.

Over a third of the electorate voted to remain in the EU, while 28% did not bother to vote either way. The percentage voting to leave was higher than the percentage voting to remain, but this referendum was primarily a measure of the will of the people for a particular change, not a contest, despite the political rhetoric. And various factors made it a fairly poor measure, despite the high turnout. Some people, for example, treated it as an opportunity to deliver a protest vote, a vote for a more general change, by voting against both the Prime Minister and the status quo.

Did the 2016 results deliver a mandate for change? Should that Prime Minister have regarded Brexit as mandatory?

To see why not, you only have to consider the 28% who did not bother to vote, who were bothered neither by the status quo, nor by the thought of change. Did those people contribute to any such mandate? Hardly. To see why that matters, consider how big the vote had to be, for there to be a mandate. Had this been a matter that Parliament was indifferent about, then 38% (52% of the turnout) could have been good enough. Why not? But the people were asked, in that referendum, about a change that the majority of their democratically elected representatives did not want, and which the Prime Minister himself did not want. Had more than half of the electorate said that they did want that change, then perhaps their representatives should have taken that result to be mandatory, even if they did not think that Brexit was a good idea; why not? But, that was not what happened. What happened was that there was much talk of a mandate for Brexit, and a lot of other talk. What happened was politics.

All that politics was and is entirely appropriate, because it is up to our democratically elected representatives how to interpret such measures of the will of the people.

There were party manifesto commitments in the 2017 general election. But even those do not make Brexit mandatory, because people vote for a person, not a party, and the influence of a party manifesto on the average voter is arguably less than the influence of the showmanship of the leader of that party. Boris was not the leader of his party in 2017. He is now our Prime Minister, though; and he observes that there was nothing about a deal in the referendum question. As though that means that there was a mandate for Brexit whether deal or no-deal, or deal obtained by means of a threat of no-deal, or whatever. But there was never any such mandate, in the sense of something mandatory, for anything that Parliament did not want. Such a mandate does not trump the political rhetoric; talk of such a mandate is simply part of the political rhetoric. What should trump the rhetoric is logic and the facts, such as the fact that only 38% of the electorate expressed a desire for this rather democratically unpopular change.

Surely the people think that, when it comes to running the country, showmanship should be less important than the facts of the matter. [Postscript: apparently not!]
Posted by Martin Cooke at 9/05/2019 No comments: