A Swan Reflecting a Teapot 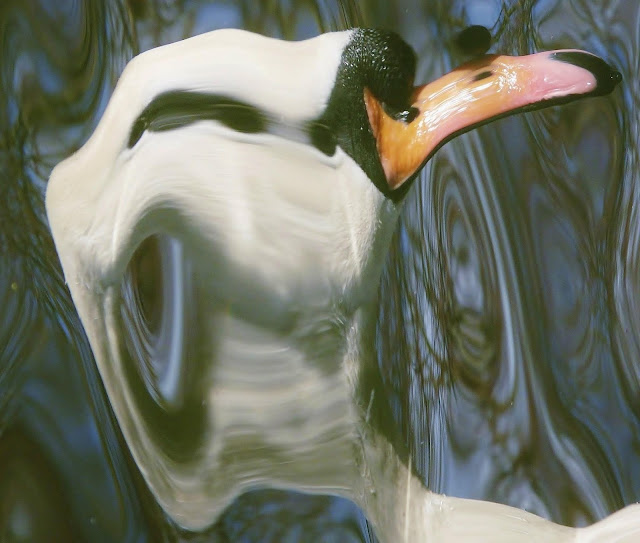 Photographed on the river Hiz in Hitchin, Hertfordshire UK
Posted by Martin Cooke at 10/13/2019 No comments:


Intense he came round
and hence she has found immense
his background absence. 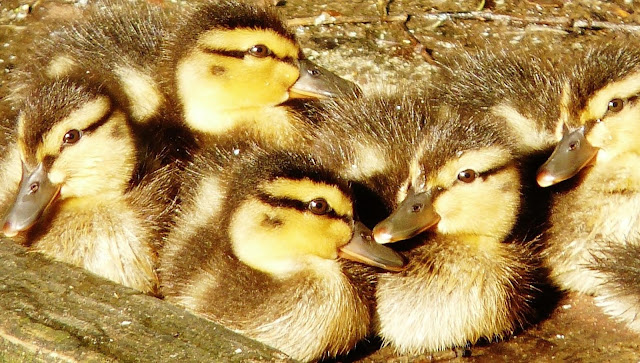 It is not only the case that Pekin Duck is as tasty as Lamb, pekin ducks are also as cuddly as lambs: 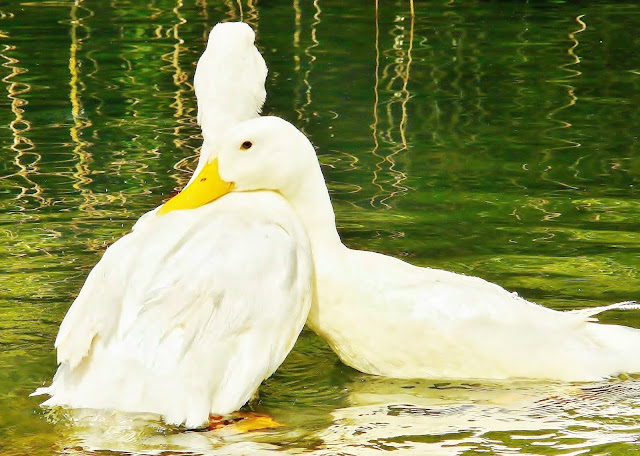 
Once upon a time, there was a woman called "Sisyphusia". There was nothing else, just this woman. "If only there was something else," she thought.

Still, she was very, very bored. Being aware of Sisyphusia's feelings, the creative force behind her decided to create another thing, just for her. She now had a big stone. "Hmm," thought Sisyphusia. "If only there was also a table cloth and some cups and saucers, and some tea and a cow and some grass; and if the stone had a flat top, to lay the table cloth over, and I had some friends."

Irritated by the stone's inadequacy, she kicked it. She kicked it again, but that only made her feet hurt, so she gave it a big shove. The stone rocked backwards, wobbled slightly and then rolled back towards her. She jumped out of its way, and it continued rolling, past her and away. Down the inclining ground it rolled, and then up another incline, until it came to rest a fair way away. Sisyphusia let out her breath, which she realized she had been holding. "Gosh," she said.

To cut a long story short, she got into a routine of pushing the stone up one incline only to watch it roll down the other side and continue on, rolling up the next hill a short way before rolling back down and coming to rest in the shallow valley. She repeated the process, endlessly. Sometimes it got a bit boring, but then she just stopped for a while, and she was soon filled with the urge to shove the stone about. It is not as though there was anything else to do.

Sisyphusia got stronger and stronger, with all that pushing. So she did not notice the stone getting lighter and lighter, as it very slowly wore away. But eventually she did notice, because eventually she had only a pebble, which she could hardly roll around, not without giving herself sore knees. She threw it about for a bit, though. She would throw it away, then close her eyes and spin round and around until she was dizzy, and then search for the pebble with her eyes tightly closed. There was not much sport if her eyes were open, as there were no other pebbles, or anything else.

Eventually there was just a grain of sand that blew away in the wind. Did I mention that there was wind? There was not much wind, but it was only a grain of sand. So, Sisyphusia was alone again. The stone had sometimes seemed like a millstone, but now that it was gone, she missed it. There was nothing to do but think about the stone, about all the fun that she had had with it: rolling it around, and then throwing it about. Still, eventually she did not think about it all the time. And then she would suddenly remember it, and sit quite still, gazing into nothingness, thinking about it, and then about other things.

Eventually even the memory of the stone faded away, and then there was only nothingness again, tinged with a sense that the nothingness was lacking in something, although she had no idea what, having completely forgotten about the stone. She was no longer bored, just sad. And she stayed that way forever. The creative force behind this creation wanted to give her something, so that she would not be sad; but what? Another stone? A ball to play with? A bowl of milk?

"If only I had given her a stone that never wore out, one that she could have rolled forever," the creative force said to itself. The irony is that rolling a stone up a hill, only to watch it roll back down again, and repeating that forever, was the terrible punishment endured by Sisyphus, in hell. And another irony is that hell is Other People, although that is another story.
Posted by Martin Cooke at 10/05/2019 No comments:

A duckling on the village duck-pond today: 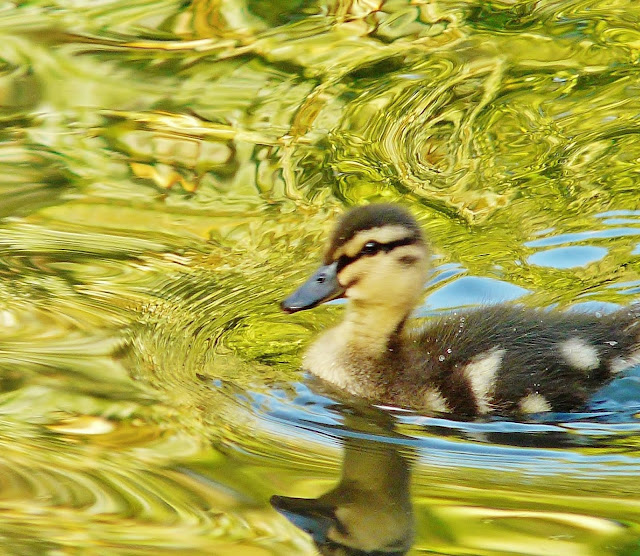 
If a robot develops self-awareness, and has a lifelike shell, can it be distinguished from an actual human?

Yes, because no robot could be programmed to interact just like a human. Humans are almost completely lacking in self-awareness, and so they would be very bad at that sort of programming. They find it hard enough to program a robot to see an object, as an object.

Furthermore, humans have evolved to be able to assess each other for sincerity very accurately. So they would be extremely likely to pick up on such bad programming. So the question arises: how would a robot with self-awareness be distinguished from a human?

The clue is in the question: such a robot has self-awareness. And so if you ask it about itself, then it will know about itself. Whereas if you ask a human about him or herself, they will not really have a clue.
Posted by Martin Cooke at 10/01/2019 No comments: